History of the River District 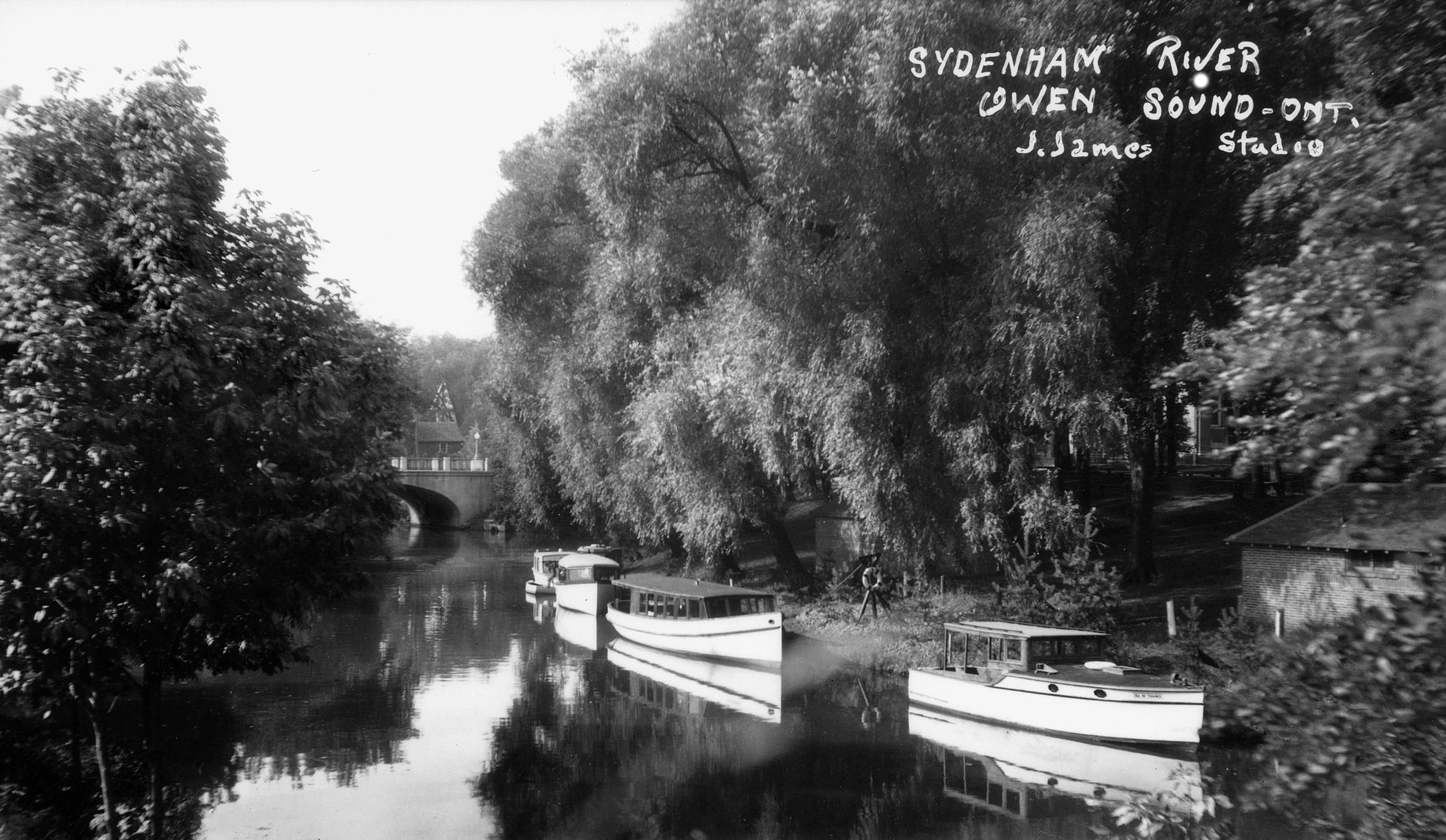 It is the river that made Owen Sound possible.

A nearly impenetrable mass of cedars, hemlock and balsam, met Surveyor Charles Ranking when he arrived to establish a new Georgian Bay community. When he came to prepare for the arrival of settlers, Land Agent John Telfer found a horn on the stump of a tree along the eastern bank of the river. Giving it a blast, he waited. Eventually, Rankin strode from the bush, and the two men shook hands. Owen Sound began with a horn and a handshake.

A tiny community sprang up on the east bank. Government House occupied the very spot Rankin and Telfer met—today, it is the location of City Hall. The first street slashed out of the bush ran north, parallel to the Sydenham. Poulette Street became Owen Sound’s main street, the heart of commerce in the growing community.

Tavern keeper Hugh Gunn Campbell was one of the first to recognize the importance of the river. Having run out of whiskey, he rowed down the Sydenham and across to Collingwood to resupply. On his return, he struggled to row back up the river, towing the whiskey cask attached by rope to his boat. Several observed the cask riding a little higher in the water than it should have; Campbell may have erroneously thought the rowing and towing would be easier if the cask had less in it!

Owen Sound went dry in 1906, but the river helped thirsty citizens stay wet. Illegal booze arriving on package freighters would be spirited up the river and into the basements of certain establishments. Each had a system for thwarting the dry cops: one equipped a lookout with a buzzer—one sight of a police officer and the tables would be cleared, soft drinks replacing the hooch. In another, a china tea set would arrive table side—but your grandma never drank tea like that!

In the wintertime, the river turned into Owen Sound’s biggest outdoor ice arena. Shinny was our official winter sport, with kids from every neighbourhood shovelling ice clear to create their rink. Ice crews spent the cold months harvesting blocks from the river and the bay to pack in sawdust in the ice houses for summer cooling in the days before refrigeration.

Highways improved, and the role of the river changed. Pleasure craft moored at Queens Park, and for a nickel, you could enjoy a leisurely afternoon cruise to Harrison Park. Ontario’s first fish ladder helped migrating salmon and trout attain spawning beds in the upper reaches of the Sydenham; anglers line the banks of the river annually, hoping to catch the big one.

The river made Owen Sound possible, and the River District has been the heart of Owen Sound since John Telfer first put that horn to his lips to summon the future. 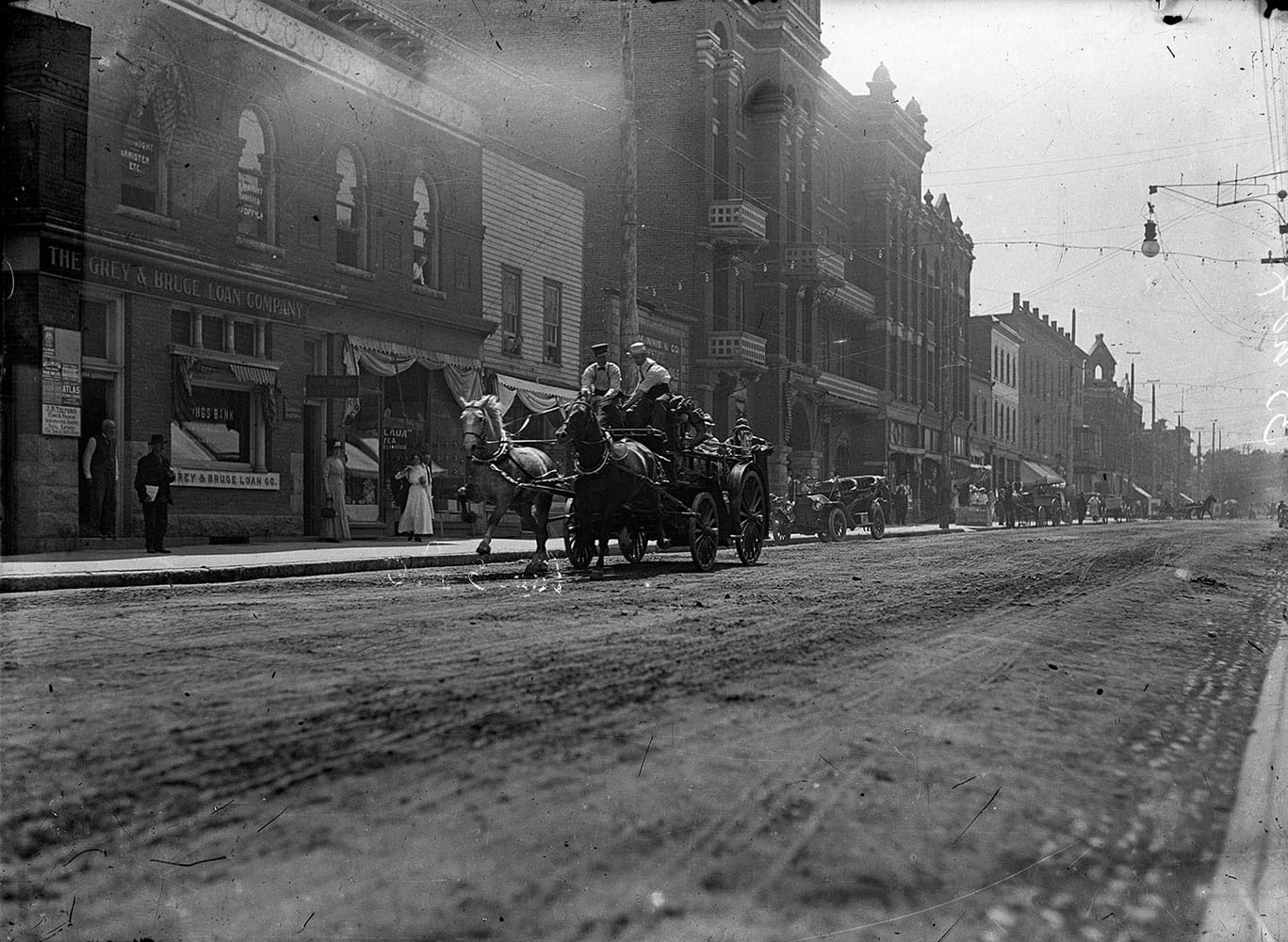 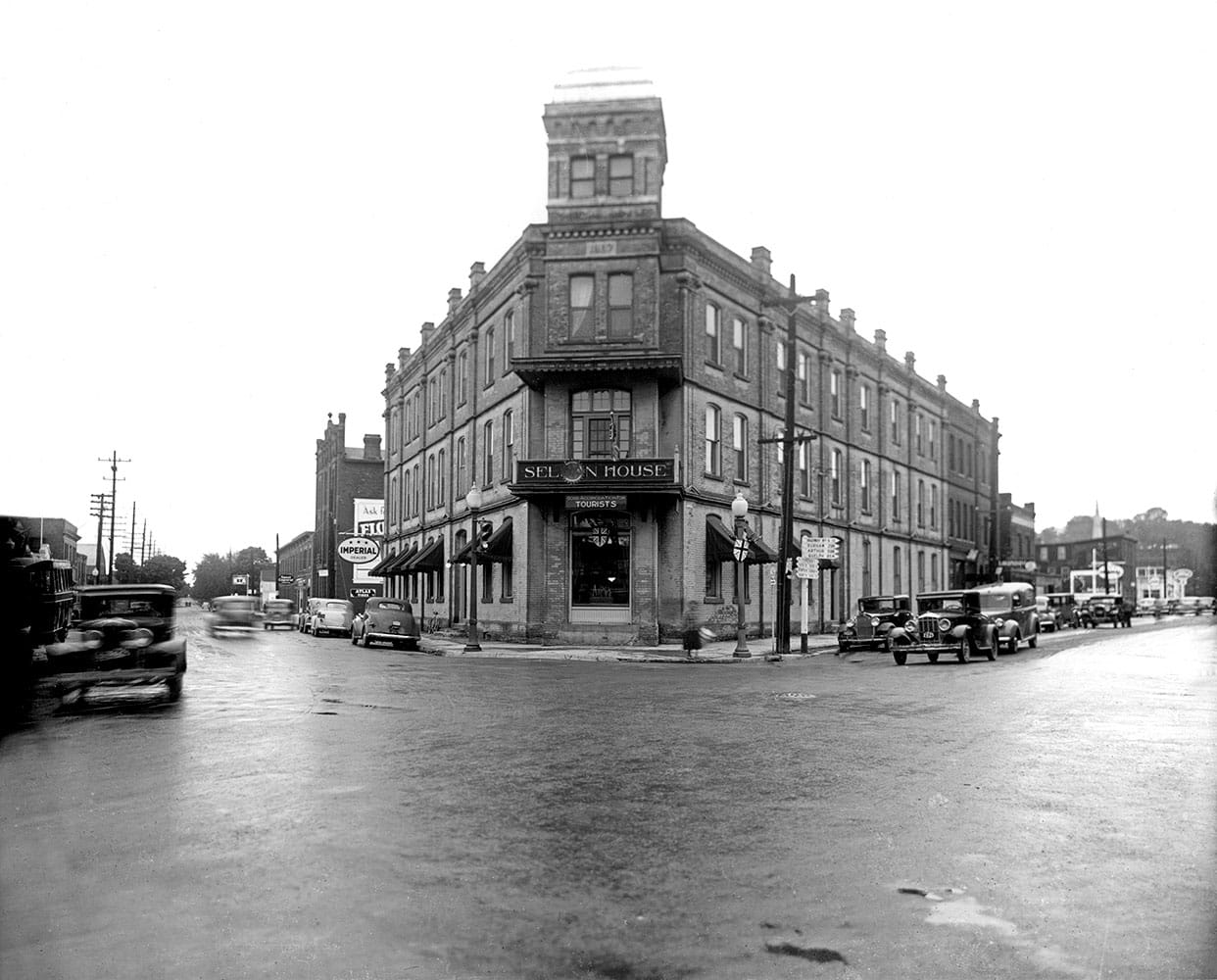 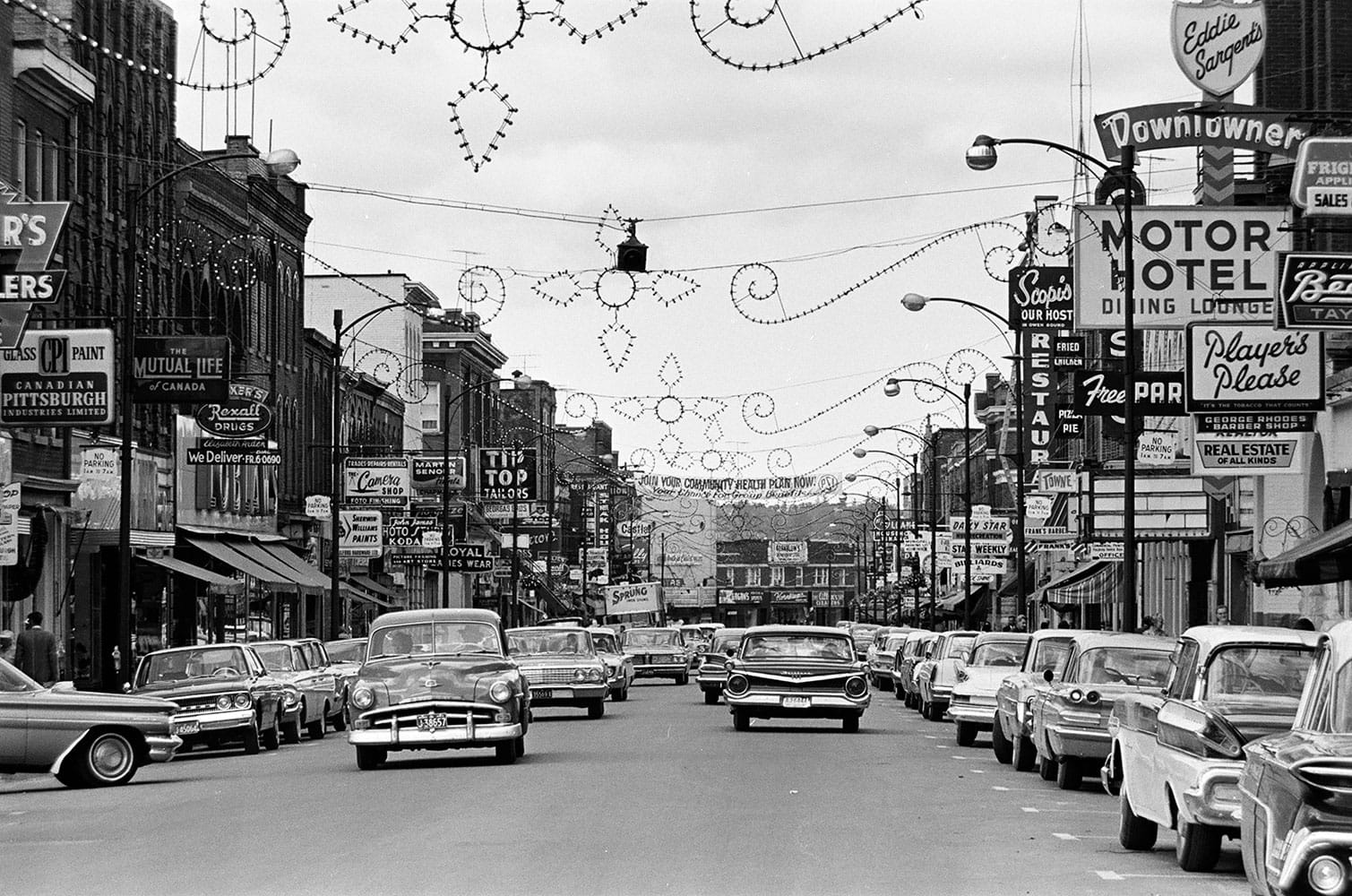 Join us for return of the Hottest Street Sale - July 9, 2022
Learn More