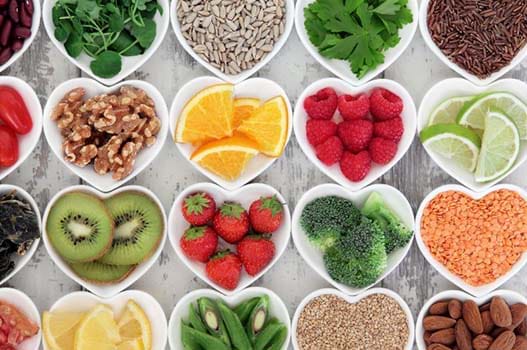 LOCAL HISTORY
With a heart for helping people, Bill and Sue Lawson opened a new Christian bookstore on Owen Sound’s downtown 8th Street in a former hippy hangout. Always on the lookout for new opportunities, Bill saw a new trend while travelling: health foods. So, in 1968, the Lawson’s took over Wyn Acton’s home-based business, Northern Health Foods. Then, in 1980, Bill and Sue sold the store to Bill and Audrey MacDonald. The MacDonalds continued to offer the personal service and growing selection that locals had come to expect at the store. Bill and Audrey, in turn, sold the store to their son Paul in 1996. In 1999, Lawson’s joined Health First Network, Canada’s leading independent health & wellness retailers. And in 2005, the store moved to its stunning 5,400 square foot location on Owen Sound’s main street. Today, Lawson’s offers great resources for your health and wellness—both spiritual and physical. While the shopping experience and selection may have grown at Lawson’s over the years, you can still count on the personal service locals have enjoyed there since 1967.

DAZZLING LOCATION
Housed in a long-time Grafton’s store, Lawson’s is a great example of the grandeur of yesteryear’s mercantile spaces. From the facade’s oak pilasters and copper trim, to its spectacular sign, to the glowing interior, the renovated space is an experience to savour all on its own. Be sure to note one of the original facade’s leaded glass panels in the cash counter, quoted in our new sign. Look up, and you’ll see classic lights showing off the great tin ceilings we so lovingly restored. And if you keep looking up when you get further back, you might just see Paul in the crow’s nest! He’ll climb down and give you a tour of some of the renovation’s highlights!